My Place in Cyberspace! ^-^

A Bit About Me! 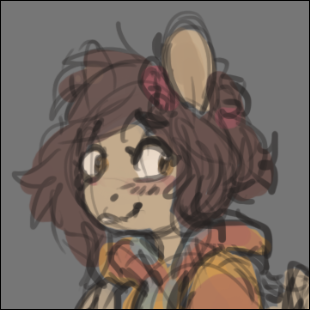 Hi there! My name is Paradise Skies, but my friends usually call me Para. I'm a 21 year old from Ponyville which is a small (but fast-growing!) town in the Kingdom of Equestria (on Equus!) I moved to the United Kingdom (on Earth!!) back in September 2017 to go to university to study computing and programming for ponies and I've been living here ever since with my best friend (and now boyfriend / special someperson / special somepony, too!!!), Anon :3.

I'm a big fan of ambient music, sweaters, and old videogames, namely the SEGA Megadrive as that's the first console I ever got back when old Earth stuff was first making its way to Equestria back in the early 2010's, but my favourite console of all-time is the PS2 :'3 My other half bought me one for my 21st earlier this year (2020!) because I've always wanted one and now I struggle to put the controller down sometimes.

Out of all of the things I do online, web development and web design are some of my absolute favourites, but I still have a soft spot for the oldschool internet feeling. Back when the web first made its way to Equestria in 2012, we had SUPER limited access and knowledge about the internet, so most Equestrian websites looked very similar to the sort of thing you'd have seen on Earth back in the early days of the web too (Flashback to when the Equestrian government website was all basic HTML! :'3) My first ever website (this one!) was designed using the book "Make your own web page! | A guide for kids" by Ted Pedersen and Francis Moss back in 2013 and I've been hooked on making stuff on the internet ever since. The reason I've never made a more modern personal website is a mix of me being a bit spooked by change, and because this kinda just werks for what I use it for.

If you want to reach out to me, you can make a comment in my guestbook by hitting the "Guestbook" page of my navigator down below!

Where to next?
Home ~ Diary ~ My Projects ~ About Me
Art Gallery ~ Sweaters ~ Favourite Sites ~ Guestbook